Neural network has made remarkable progress in decades. But sometimes, neural network doesn’t work well as expected. For example, adding some unnoticable noise (e.g. gaussian noise) to image cannot be recognized by well-trained neural network, even if it looks the same to human.

For example, consider about this case. 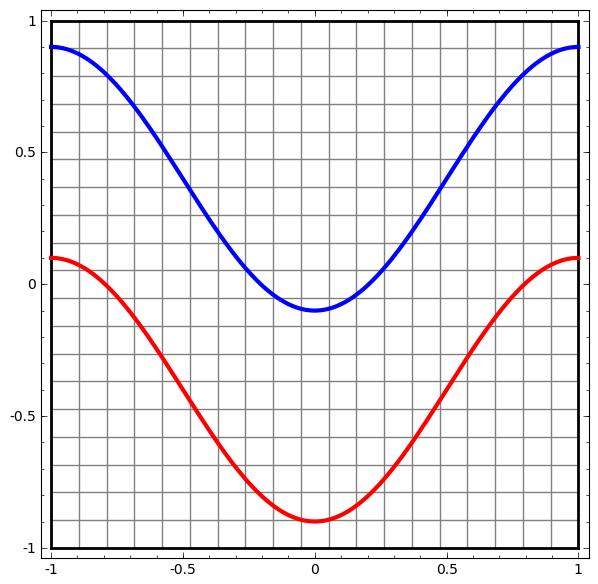 When the data pass through the neural network, each layer transforms the data, creating a new representation. When the data reaches the last layer, the network will be draw the line to classify the data, and that is the hyperplane.

So if the hidden layer is existed, the layer learns the new representation and it can make data to linearly separable.

Hidden layer can be described as a layer with non-linear activation function.

For example, consider about the hidden layer with $\tanh$ activation. ($\tanh (Wx + b)$) It consists of:

Another example can be found from here,

Affine transformation is the point-wise application of a monotone non-linear activation function. With hidden layer, it learns the new representation of data point to be linearly separable.

In this post, it explains the rule of linear model in deep neural network. The simple neural network (or perceptron) cannot handle the raw represention of data. But with hidden layer (and activation function), it can transform the dataset to be linear separable, so it works for classification.